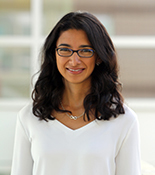 The Effect of Air Pollution on Migration: Evidence from China

“The Effect of Air Pollution on Migration: Evidence from China” looks at the effects of air pollution on migration in China using changes in the average strength of thermal inversions over five-year periods as a source of exogenous variation for medium-run air pollution levels. Our findings suggest that air pollution is responsible for large changes in inflows and outflows of migration in China. More specifically, we find that independent changes in air pollution of the magnitude that occurred in China in the course of our study (between 1996 and 2010) are capable of reducing floating migration inflows by 50 percent and of reducing population through net outmigration by 5 percent in a given county. We find that these inflows are primarily driven by well educated people at the beginning of their professional careers, leading to substantial changes in the sociodemographic composition of the population and labor force of Chinese counties. Our results are robust to different specifications, including simple counts of inversions as instruments, different weather controls, and different forms of error variance.

Paulina Oliva is an expert on Environmental Economics and studies the effects of air pollution on health, particularly among low- and middle-income populations.  Her research shows that high levels of air pollution can be especially lethal to vulnerable populations in low- and middle-income countries such as Mexico, China, India, and Brazil.  Her current research is taking a closer look at socioeconomic characteristics – education, access to healthcare, initial health status – to determine why these populations are more susceptible to the effects of air pollution, and she aims to address the effectiveness of public policy at improving environmental outcomes and how low-income populations can benefit from these policies.