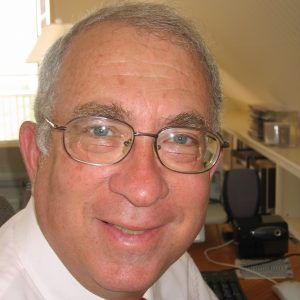 [Cancelled] - Redistricting and the US Census

CSDE announces this seminar is unfortunately cancelled. Please join us next week for a Panel Discussion on the Social Demography of Homelessness.

Washington’s 2018 Voting Rights Act mirrors federal law in providing federal protection and remedies for fair minority group representation. Under the WVRA, municipalities can change their election systems from an “at-large” election to a district-based election in order to remedy voting rights violations. The law sets forth many factors to consider when adopting remedies and these factors and remedies pose empirical and analytical challenges for politicians and independent analysts and scholars.  In fact, establishing local election districts and other political boundaries may scatter or concentrate like-minded voters in differing ways. These concerns point towards topics that may be suitable for graduate students’ dissertations.

As an empirical matter, the Federal Voting Rights Act poses a three-prong legal test, commonly referred to as the three Gingles preconditions: (1) Is the minority sufficiently large and compact to constitute a majority in an illustrative single-member district?  (2) Do the members of minority groups vote cohesively?  (3) Does White bloc voting usually deny minority voters the opportunity to elect a candidate of their choice?  Applied demographers can follow a recognized protocol to address the first Gingles prong: evaluating whether the minority group in question is sufficiently large and geographically compact to constitute a majority of the eligible voters (citizens age 18 and older) in a single-member election district.

Peter A. Morrison is an applied demographer, retired from the RAND Corporation where he was the founding director of RAND’s Population Research Center.  His principal interests are redistricting and, more generally, the analysis of demographic trends and their consequences for public policy and business.  Through his demographic consulting services firm, he provides impartial redistricting services and conducts executive briefings on demographics and business for private sector clients.  Recent media coverage: CNBC, USA Today, New York Times, International Herald Tribune, Los Angeles Times, Houston Chronicle.

Dr. Morrison has taught at the University of Pennsylvania, the RAND Graduate School, and the Helsinki School of Economics.  He has served as advisor to the Committee for Economic Development, the Congressional Research Service, and committees of the National Academy of Sciences, U.S. Census Bureau, Department of Agriculture, National Institutes of Health, California Energy Commission, and California Governor’s Council on Growth Management.

A frequent speaker before Congressional, academic, and business audiences, he has given invited testimony before U.S. Senate and House of Representatives subcommittees and addressed meetings of the National Science Board, Conference Board, National League of Cities, National Conference of State Legislatures, American Bar Association, American Society of Newspaper Editors, County Counsels Association of California, and National Association of Homebuilders.

His professional honors include election as President of the Southern Demographic Association and as a Director of the Population Association of America. Dr. Morrison graduated from Dartmouth College and holds a Ph.D in Sociology from Brown University.