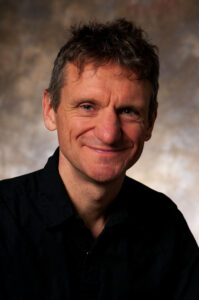 The under-five mortality rate (U5MR) is a key barometer of the health of a nation. Unfortunately, many people living in low- and middle-income countries are not covered by civil registration systems. This makes estimation of the U5MR, particularly at the subnational level, difficult. In this talk, I will describe models that have been developed to produce the official United Nations (UN) subnational U5MR estimates in 22 countries. Estimation is based on household surveys, which use stratified, two-stage cluster sampling. I will describe a range of area- and unit-level models and describe the rationale for the modeling we carry out. Data sparsity in time and space is a key challenge, and smoothing models are vital. I will discuss the advantages and disadvantages of discrete and continuous spatial models, in the context of estimation at the scale at which health interventions are made. Other issues that will be touched upon include: design-based versus model-based inference; the inclusion of so-called indirect (summary birth history) data; reproducibility through software availability; benchmarking; how to deal with incomplete geographical data; and working with the UN to produce estimates.

Dr. Wakefield has conducted research on: population pharmacokinetic and pharmacodynamic modeling, ecological inference, disease mapping, epidemiological study design, cluster detection, genetic epidemiology, small area estimation  and space-time modeling of infectious disease data. He spent two sabbaticals at the International Agency for Research on Cancer (IARC) in Lyon, France. He is an affiliate member in the Vaccine and Infectious Division at the Fred Hutchinson Cancer Research Center,  an Affiliate with the Center for Studies in Demography and Ecology (CSDE) and a Research Affiliate with the Center for Statistics and the Social Sciences (CSSS). For the past 10 years, Dr Wakefield been working on methods for modeling health and demographic outcomes in a low and medium incomes (LMIC) setting, and in particular on small-area estimation. Since 2016, Dr Wakefield has been collaborating with the United Nations (UN) Inter-agency group for Child Mortality Estimation (IGME) on methods for subnational estimation of child mortality. Since October, 2018, he has been on the Technical Advisory Group (TAG) for IGME. He is also a member of the UN TAGs for maternal mortality and stillbirths estimation. The team he leads has just produced the first UN subnational estimates of under-5 mortality in 22 countries.

In 2013, “Bayesian and Frequentist Regression Methods” was published by Springer. He edited the book “Spatial Epidemiology, which was published by Oxford University Press in 2000.  Dr Wakefield has taught 16 different graduate classes at the University of Washington, and has taught short courses on Bayesian Statistics, Statistical Genetics, Spatial Methods, Small Area Estimation and Age-Period-Cohort modeling in Australia, France, Mexico, Spain, Switzerland, the UK, and various locations in the US, including in Seattle as part of the Summer Institutes. He has also taught in UN child mortality estimation workshops in Quito, Johannesburg and Blantyre. He has advised 22 PhD students to completion. Dr. Wakefield has previously been an Associate Editor for Statistical Science, Biometrics, Journal of the American Statistical Association, Genetics, Journal of the Royal Statistical Society, Series C and Biostatistics and a moderator for arXiv. Dr Wakefield has served on two National Academies of Science panels: “Cancer Risk close to Nuclear Facilities”, and “Methods for Integrating Multiple Data Sources to Improve Crop Estimates”. He has received the Guy medal in Bronze from the Royal Statistical Society, is a Fellow of the American Statistical Association and is a former chair of the Department of Statistics at the University of Washington.