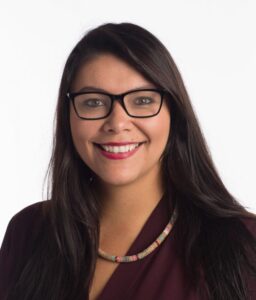 Desi Rodriguez-Lonebear has dual PhDs in sociology at the University of Arizona and demography at the University of Waikato in New Zealand. Her research interests are social demography, race and ethnicity, and social stratification. Her ongoing research explores tribal data sovereignty, specifically the enumeration of Indigenous peoples in official statistics and tribal data systems. She further examines the intersection of race, identity, and tribal citizenship. She received both her both M.A in Sociology and B.A. (with honors) in Comparative Studies in Race and Ethnicity from Stanford University.

A citizen of the Northern Cheyenne Nation, Desi was raised on the Northern Cheyenne Indian Reservation in Lame Deer, Montana. She ran for her Tribal Council in 2012, and maintains a strong connection to her people and her homeland. Desi is committed to evidence based tribal development and has served as a tribal researcher for her tribe and for Māori tribes in Aotearoa New Zealand. She also has a policy research background spanning tribal, national, and international governments. She is an appointed adviser to the Director of the United States Census Bureau as a member of the National Advisory Committee on Racial, Ethnic, and Other Populations. In 2009, Desi was recognized by the State of Montana with the “Honor Yourself” Role Model Award, and she serves on the Board of Directors for several non-profit organizations throughout Indian Country.