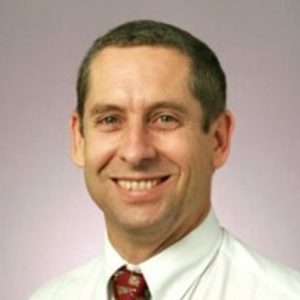 Understanding the Correlation between Alzheimer’s Disease Polygenic Risk, Wealth, and the Composition of Wealth Holdings

We explore whether people save differently when they have a greater or smaller polygenic risk of developing Alzheimer’s Disease. The issue is salient for two principal reasons. First, the so-called Baby Boomers are rapidly aging into ranges at which people develop Alzheimer’s Disease and Related Dementias (hereafter ADRD). Second, social scientists increasingly use variation in genetic make-up of individuals to account for individual differences in social and economic behavior. Recently conducted large-scale genome-wide association studies (GWAS) have discovered a number of genetic variants (single nucleotide polymorphisms, or SNPs) that exhibit credible and robust associations with the onset of Alzheimer’s Disease (Lambert et al. 2013). It is tempting to assume the genetic variation accounts for exogenous differences in social and economic outcomes because it would provide social scientists a way to better understand and explain how people manage life in advance of the onset of ADRD. However, emerging evidence suggests that observed correlations do not reflect purely exogenous assigned genetic traits. For example, Galama, Lillard, and Thom (2018) show that, when new information arrives about the health risk of smoking, smokers with higher polygenic risk of heavy nicotine use are more likely to quit than observationally similar smokers with lower polygenic risk. This behavioral difference is consistent with the hypothesis that people know their smoking related polygenic score (PGS).
Here we explore a similar idea about a completely different behavior. We study differences in the amount and type of assets people hold. To start, we show that a person’s ADRD PGS is statistically correlated with the amount and type of assets he or she holds. In particular, we use data from the Health and Retirement Study to show that, relative to people with lower ADRD PGS, people with higher ADRD polygenic risk hold roughly 10 percent more wealth in Certificates of Deposit and savings bonds and around 15 percent assets less wealth in stocks, Individual Retirement Accounts (IRAs), and Keogh accounts. These differences are statistically significant and differ from zero. However, if the ADRD polygenic score is truly exogenous, one should not observe such differences.
To try to reconcile the observed behavior, we explore three hypothesis. We hypothesize that people know their polygenic risk of developing ADRD; the ADRD polygenic risk proxies for a person’s lower cognitive capacity (i.e. the PGS for cognition is correlated with the ADRD PGS); and/or the GWAS process that generated the ADRD PGS failed to fully account for an age process that reveals to a person his/her polygenic risk for ADRD. Results support the latter hypothesis. Although state governments prevent private companies from using polygenic information in most markets, the results of the study suggest that people would alter their savings behavior if they knew for certain that they were at higher risk of eventually developing memory problems.