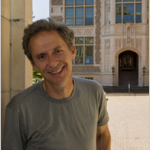 Two companion articles by CSDE Affiliate Mark Ellis and colleagues have recently become publicly available. The first, published in Sociology of Race and Ethnicity (available in full HERE), explores the stability of neighborhood composition in highly diverse US census tracks from 1990 to 2010. In this context, tracts transitioning to higher diversity had previously been predominantly white, while tracts transitioning from high to low diversity were most commonly majority Latino. The second article, published in Transactions of the Institute of British Geographers (available in full HERE) finds that multi-ethnic UK neighbhorhoods show evolving stability. These findings stand in stark contrast with the US companion study. In the English context, using Census data from 1991 to 2011, the authors find that 88% of neighborhoods which were highly diverse in 1991 remained highly diverse in 2001, and 95% of diverse neighborhoods in 2001 remained so in 2011.