Redistricting and the US Census 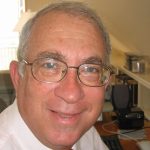 Washington’s 2018 Voting Rights Act mirrors federal law in providing federal protection and remedies for fair minority group representation. Under the WVRA, municipalities can change their election systems from an “at-large” election to a district-based election in order to remedy voting rights violations. The law sets forth many factors to consider when adopting remedies and these factors and remedies pose empirical and analytical challenges for politicians and independent analysts and scholars.  In fact, establishing local election districts and other political boundaries may scatter or concentrate like-minded voters in differing ways. These concerns point towards topics that may be suitable for graduate students’ dissertations. Sign up to meet with Dr. Morrison here.

As an empirical matter, the Federal Voting Rights Act poses a three-prong legal test, commonly referred to as the three Gingles preconditions: (1) Is the minority sufficiently large and compact to constitute a majority in an illustrative single-member district?  (2) Do the members of minority groups vote cohesively?  (3) Does White bloc voting usually deny minority voters the opportunity to elect a candidate of their choice?  Applied demographers can follow a recognized protocol to address the first Gingles prong: evaluating whether the minority group in question is sufficiently large and geographically compact to constitute a majority of the eligible voters (citizens age 18 and older) in a single-member election district