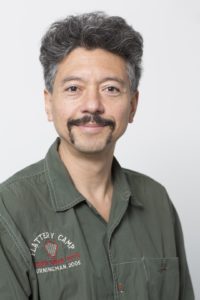 Phil Hurvitz joined CSDE as a research scientist in 2019 to lead the UW Data Collaborative, a high-performance, high-capacity data storage and computing cluster that allows researchers at the UW to access and analyze data that contain highly sensitive personal or health information (e.g., Add Health, CMS-Medicare, IBM MarketScan) to support innovative, interdisciplinary research and evidence-driven policy making. The UWDC servers allow users to access these data sets through a secure and encrypted remote desktop interface and to perform analysis on centralized servers, analogously to “cold rooms” that housed sensitive data on computers with no network access. There are two major benefits to this new approach: (1) multiple researchers may access data simultaneously, whereas cold rooms could only support one researcher at a time, and (2) data sets that may have been available to only single researchers or labs can be used by multiple researchers, many of which would not have been able to obtain these data. The UWDC achieves its secure functionality through network segmentation, virtual private networks, and dual-factor authentication, so that users can log in and perform analysis, but any data transfers out of the secure environment are carefully reviewed to be stripped of any identifiable information. The UWDC serves a broad user group at the UW, including researchers from Sociology, Geography, Real Estate, Pharmacy, and Public Health. He works closely with CSDE’s IT group to assure that the servers are maintained to provide a high level of performance and a high level of security.

In addition to his role supporting the UWDC, Phil has been been involved in CSDE’s instructional mission. He has taught CSDE 502, a practical course in “data wrangling”, and he has led several workshops, including “Reproducible GIS analysis with R,” which introduces the use of R’s sf package for geographic information system work flows, “R and Relational Databases,” which introduces the use of R for storage and analysis of tabular data within PostgreSQL and other SQL databases, and “Microsoft Word for the Social Sciences,” an overview of using Word’s often overlooked built-in features for reduction of busy-work to create consistently formatted and easily editable documents.

Phil is also available for research support and consulting for students, staff, and faculty as part of CSDE’s research support infrastructure. He can provide guidance on geographic information systems analysis, database management, processing of large data sets, use of ubiquitous sensing devices such as global positioning system data loggers and accelerometers, and automation of data processing.

Phil’s role within UrbDP is mainly as a researcher and informatics lead within the Urban Form Lab (UFL). He has been involved with the UFL since 2003. The UFL does research focusing on quantitative analysis of environment and human behavior, with particular focus on built environment and health- and transportation-related behavior. He has provided leadership in data development and analysis on many large extramurally funded projects.

Previous to his appointment in CSDE, he was GIS Specialist and Lecturer in the UW College of Forest Resources (1997-2004), Research Assistant (2004-2010) and Research Associate (2011-2012) at the UW Urban Form Lab, and Research Assistant Professor (2012-2019) in the UW Department of Urban Design and Planning. He has also promoted and supported use of GIS at UW since 1997 as the lead contact for the UW’s site license with Esri and manager of the UW GIS Listserv, UW-GIS-L.