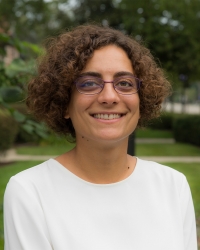 Magda Boutros is a sociologist who studies social movements against policing and the criminal justice system. Her book project examines contemporary French mobilizations organizing against racialized policing practices. It analyzes how movement actors overcome opacity around police actions and the French race-blind ideology to produce knowledge about the practices they denounce, and how different modes of knowledge production matter for the movement’s outcomes. She previously studied anti-sexual violence movements that emerged in Egypt during the 2011 revolution.

Magda’s work appeared in Theory and Society, Law and Society Review, Lien Social et Politiques, and Mouvements. She has also published in non-academic publications such as La Vie des Idées and AOC. She received her PhD in sociology from Northwestern University in 2020.