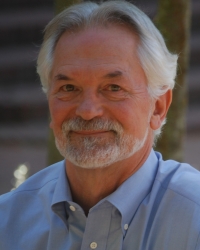 Jerald Herting’s research over the past two decades has primarily focused on adolescent health and mental health behaviors evaluating health promotion intervention programs and exploring the role of social/environmental context on these health and related behaviors, both at the individual and aggregate level. This work has also included examining the successful life course transition from adolescence to young adulthood. Recently Herting has also initiated projects directed at studying healthy aging and frailty in the aged population. In the last decade he has published on adolescent health behaviors in Suicide and Life-Threatening Behavior, Journal of Research on Adolescence, Biodemography and Social Biology, American Journal of Health Behavior, among others. His recent work on healthy aging has appeared in Journal of the American Geriatrics Society and the Journal of Physical Activity and Health. Herting has a set of NIH funded collaborative projects recently completed and currently underway. One current study is a longitudinal study examining the development of depression across early to late adolescence, with a focus on the interplay of other adolescent physical changes, as well as changes in school/social settings; this work is in collaboration with colleagues at the UW’s Schools of Medicine and Public Health. A second set of studies explored the long-term follow-up of a stratified sample of high-risk and non-risk youth from adolescence (aged 13-17) to young adulthood (aged 25-29) with particular emphasis on mental health and substance use, but included exploring adult transitions to independent housing, union formation, and child-bearing. Work has pointed to statistical classes of adolescents who experience persistent poor mental health, while subsets experience desistence. The role of early trauma and early transition to adult statuses play a negative role in successful transitions to additional schooling, consistent employment, and additional health problems. As part of Herting’s new research direction on healthy aging, he has been involved in a set of work looking the health of older women. This work includes colleagues in the UW’s School of Nursing looking at well-being and chronic disease and includes a number of proposal’s using the Women’s Health Initiative (WHI) national database; one funded project specific addresses health during the post-reproductive transition.