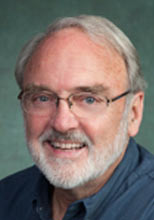 Tom Burch is Adjunct Professor of Sociology at the University of Victoria, with research interests in family and household demography, demographic modelling, and fertility theory. Since the early 1990s, he has been working on the relations among theory, models, and data in empirical social science, particularly demography. His interest began with the realization that computer modeling of various kinds could provide the language with which to state sociological theories in a more rigorous and usable form. His work has led to a reconceptualization of demography, in which a large part of formal demography can be viewed as theoretical, and in which many behavioral theories, often discarded as too simplistic or inconsistent with some bodies of empirical data, are rescued as perfectly sound theory. This distinction rests on abandonment of the idea (from logical positivism) that theories are true or false, and adoption of the view that a theory or model is judged to fit some portion of the real world well enough in certain respects for a specific purpose. Work on these themes also has led to publications on the teaching of demography. Prior to 1990, most of his research was in the area of household and family demography–marriage, cohabitation, divorce; household structure and dynamics; kinship.