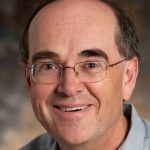 In last week’s paper published in the Proceedings of the National Academy of Sciences, the authors define migration as an international move followed by a stay of at least one year. Using the pseudo-Bayes approach, they find that global migration rates are higher than previously thought, but have remained relatively stable between 1990 and 2015 (fluctuating between 1.1 and 1.3%). Additionally, they find that return migration is much higher than previously estimated, at approximately 45%.

According to Adrian, these more accurate estimates of migration will ultimately help both migrants and the people who assist them. “Planning for migration is no simple task,” he says, “You need everything from medical infrastructure and trained personnel to elementary schools — and governments rely on accurate demographic estimates to help them put the right plans and responses into place.”