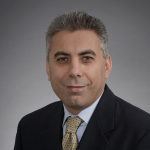 In 2015, high rates of microcephaly were reported in Northeast Brazil following the first South American Zika virus outbreak. CSDE Affiliate Ali Mokdad, Professor of Health Metrics Sciences at the Institute for Health Metrics and Evaluation (IHME) and Chief Strategy Officer for Population Health, is part of a large collaborative effort to understand the association between the Zika outbreak and microcephaly in Brazil between 2015 and 2017. The article, published in PLoS Medicine, merges data from multiple national reporting databases in Brazil to estimate exposure to 9 known or hypothesized causes of microcephaly for every pregnancy nationwide since the beginning of the Zika outbreak, analyzing over 4 million births.

The association between Zika and microcephaly was statistically tested against models with alternative causes or with effect modifiers. The authors found no evidence for alternative non-Zika causes of the 2015-2017 microcephaly outbreak. They estimate an absolute risk of microcephaly of 40.8 per 10,000 births and a relative risk of 16.8 given Zika infection in the first or second trimester of pregnancy. The study therefore strengthens the evidence that congenital Zika infection, particularly in the first 2 trimesters of pregnancy, is associated with microcephaly and less frequently with other birth defects. The finding of no alternative causes for geographic differences in microcephaly rate leads authors to hypothesize that the Northeast region was disproportionately affected by this Zika outbreak, with 94% of an estimated 8.5 million total cases occurring in this region.