Clara Berridge Featured in The Atlantic Article on Aging Terminology 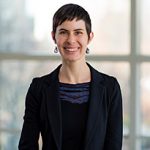 English speakers do not give much thought when they refer to people as “old,” a term generally not taken politely. A recent article published in The Atlantic covered this linguistic issue, featuring CSDE Affiliate Clara Berridge and her publication on valuing old age. In the article, Berridge describes the different aging terms we use in everyday language and what they imply. For example, “elderly” is a term that many do not apply to themselves as it suggests limitations. Berridge also discusses “positive aging discourse” as a movement to shift perspectives on aging and to highlight its successes.

The article quotes Berridge, “phrases such as ‘70 is the new 50’ reflect a ‘pos­itive aging’ discourse, which suggests that the preferred way of being old is to not be old at all, but rather to maintain some image of middle-age functionality and appearance.”