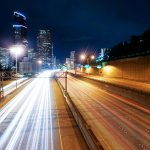 Last week, Seattle Mayor Jenny Durkan proposed instituting a toll on downtown roads to curb congestion. The Seattle Times examined the potential benefits and implications of the toll. In unpacking the possible equity issues, the Times turned to a 2009 study conducted by Affiliate Jennifer Romich, Associate Professor at the School of Social Work; Affiliate Robert Plotnick, Professor at the Evans School of Public Policy and Governance; and Matthew Dunbar, Assistant Director at CSDE and GIS Specialist. Their research concluded that, in general, low-income drivers use tolled roads less frequently than high-income drivers. But for a small portion of the low-income population who had no alternative but to use tolled roads, the costs could absorb up to 15% of their annual income.

The study contends that some low-income drivers would pay at “a rate four times higher than that for a median-income family. Devoting 15 percent of income to tolls would force large reductions in other types of expenditures and, hence, substantially reduce the economic well-being of poor households.” You can learn more about the current toll proposal and  the 2009 study below.