Goodreau, Hamilton, and Pollock Publish Research on Trends in US Adolescent Pregnancies 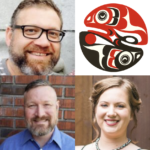 CSDE Affiliate and Development Core Director Steven Goodreau, CSDE Senior Research Scientist Deven Hamilton, and CSDE trainee alum Emily Pollock have just published research examining the direct causes behind the large declines in pregnancies among adolescent females in the US over the decade 2007-2017.  Published in The Journal of Adolescent and Pediatric Gynecology, the study estimates that delays in age at first sex over this time period played by far the largest role in reducing pregnancies, followed by subsequent reductions in partner numbers, and adoption of more effective forms of contraception like IUDs and implants.  These three behavioral changes combined averted an estimated 615,400 pregnancies among US adolescents over this period, with associated medical and societal costs saved of over $12 billion. The work highlights just how much more successfully recent cohorts of young Americans have managed to delay pregnancies than prior generations, and where areas for improvement remain.