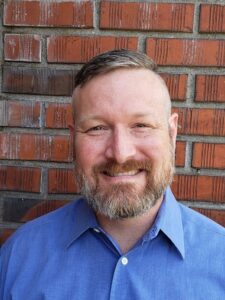 Deven Hamilton is a Senior Research Scientist and Engineer  at CSDE. Hamilton earned a PhD and an MA in Sociology at the University of Washington. Prior to his time spent at UW, he studied at Emory University where he earned an MPH in Epidemiology at the School of Public Health, and a BS in both Sociology and Biology.

Deven Hamilton is a broadly trained sociologist and epidemiologist who has been an active researcher in the field of HIV/AIDS for 19 years including, several years as a research scientist in the private and academic sectors. Much of his work has focused on building agent based network models of HIV transmission in order to further our understanding of how the structure of the contact network and their interaction with behavior impacts HIV transmission dynamics and thereby the distribution of risk across populations. Hamilton has been working with world-renowned leaders in the field of network analysis and network epidemiology since 2001 and he is currently serving as a site PI on a CDC funded five-year cooperative agreement as well as a Co-Investigator and area expert on multiple NIH funded projects, all with the goal of designing a building modeling tools to further our understanding of HIV/STI transmission in different populations and contexts.