How Long is the Working Life Expectancy of MLB Pitchers? David Swanson Estimates 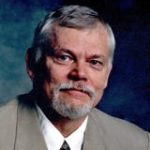 Are decades-long careers the norm for Major League Baseball pitchers – or is the true timeline shorter? CSDE Research Affiliate David Swanson, Professor of Sociology at the University of California Riverside sought to find out. Although estimating working life expectancies is typically seen as a labor-intensive task, Swanson and colleagues Jack Baker, Jeff Tayman, and Lucky Tedrow set out to find a more straightforward solution.

The group used cohort change ratios in their estimations, which enabled them to forecast using the same data used in working life expectancy. Explains Swanson: “We used pitchers in the 1980–1981 season because that gave almost everyone enough time to finish their careers. But we excluded those who had interrupted careers, such as those who played for a bit but might have been sent back down to the minor leagues for more training or because of injury. We wanted to look only at uninterrupted careers in the MLB, and it turns out that, on average, they’re really short.”

How short, though? Swanson and his colleagues estimate that the average professional working life of a baseball pitcher is just  3.99 years.

Swanson believes that this approach can be used to assess the working life of other sports by position: “We suspect we can do something similar with the types of positions that are in American football, other types of football, and basketball and see what happens. We suspect that most other Major League sports are not going to be too dissimilar. We don’t think there are really long careers in a lot of these sports where there’s much more contact than in Major League Baseball.”