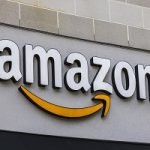 Affiliate Jake Vigdor, Professor at the Evans School, was quoted in a recent Politico article that considers Amazon’s growth within and impacts on the city of Seattle in light of the upcoming deadline for the company’s second headquarters, “HQ2”. Though Amazon was certainly responsible for explosive economic growth in Seattle, these effects will not necessarily translate to another city in the same way. According to Vigdor, this is in part due to Seattle’s uniquely innovative and entrepreneurial atmosphere, which has long attracted and retained talented workers. “There’s this inclination to think, ‘Hey, this is a town where new stuff is happening, where there’ll be some startup or some other opportunity for me,” which applies even for those who are unemployed. Though Amazon founder and CEO Jeff Bezos has expressed his desire for the location of HQ2 to share qualities with Seattle, similar cities are likely to be expensive. As Vidgor notes, “bringing in 40,000 highly paid employees to compete for the same relatively constant supply of housing” would only compound the issue of affordability, which is one of Amazon’s selection criteria. The full article is available below.