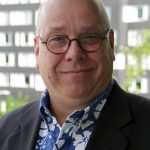 CSDE Affiliate James Young, Director of the Washington Center for Real Estate Research, was recently quoted in two different news stories. With Oregon set to pass rent control legislation, Q13 FOX News featured Young’s response to hopes that a similar measure comes to Washington. According to him, rent control is not the answer since it creates more issues than it fixes, including fewer housing options and poor renter-landlord relationships.

Young was also interview by KUOW in response to real estate firm Redfin’s assessment that the recent cooldown of Seattle’s real estate market may already be over. Young believes it’s still too early to predict whether the market is truly heating up once again, and that it would be necessary to see figures from March and April to better understand the current scenario.