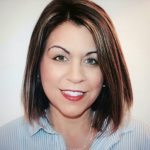 CSDE Affiliate Jody Early, Associate Professor at the School of Nursing and Health Studies at University of Washington – Bothell, has just received a national award recognizing her excellence as a mentor. Early received the Karen Denard Goldman Mentor Award from the Society for Public Health Education (SOPHE), a nonprofit association that represents health education professionals and students. The award honors SOPHE members who have distinguished themselves as mentors through professional development and by linking research and practice.

Early’s former students and colleagues nominated her for the award. One of them, Sloane Burke Winklemann, now a professor at California State University Northridge, wrote: “As a first generation college student, and now public health professor, who is part Latina, I am astutely aware of the importance a mentor can make in one’s life. Dr. Early tirelessly gives of herself to mentor and guide students as they progress from early scholars to career professionals in public health and beyond.”

Early is a social scientist and health education specialist. Her research, teaching and praxis span over 20 years and are greatly influenced by Paulo Freire’s critical pedagogy, Uri Bronfenbrenner’s ecological model, and bell hooks’ writings on radical education and transnational feminist. Her work with and in communities is rooted in principles of community-based participatory research and the influence of socio-ecological factors on health and health disparities.