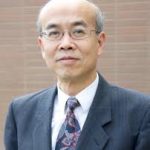 Affiliate Kam Wing Chan, Professor of Geography, was quoted in a recent New York Times article highlighting the predicament of poor children in rural China, as represented by Fuman—a third-grade boy in the province of Yunnan— who has come to be known as “frost boy” after photos of him covered in frost following his long, cold journey to school swept the internet. Fuman is one of millions of rural children who have been left behind by their parents for jobs in cities, and must often fend for themselves. Long commutes to the rural schools that remain open are just one in a series of difficulties these children face on a daily basis. “There are so many similar incidents of hardship for left-behind children in China every day,” said Chan, who believes the government could provide support to help families move to urban areas together. You can access the full article below.