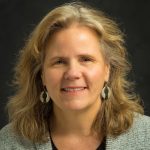 “LGBTQ elders have largely been invisible and people really haven’t thought about their needs, both in health, in housing and other areas,” CSDE Affiliate  Karen Fredriksen-Goldsen, Professor of Social Work, recently commented for a CNN story about New York’s first LGBT-friendly housing.

According to Fredriksen-Goldsen, director of the UW Healthy Generations Center, the Pride generation was the first to unite to demand civil rights and social acceptance, but the discrimination they experienced throughout their lives has left them with smaller savings and in worse health than their non-LGBT peers, as they have aged. But the Pride generation is resilient, she added, and the tide is turning as more cities embrace LGBT-friendly housing.

The story featured Fredriksen-Goldsen’s survey of LGBT elders, in which 22% of respondents had difficulty paying bills and 21% had to cut back on other expenses to make ends meet. It also highlighted the first federally funded longitudinal study of LGBT elders, led by Fredriksen-Goldsen, which found that 51% of those who lived in private residences and 72% living in senior housing experienced social isolation.

Fredriksen-Goldsen was also recently featured in a The Whole U faculty spotlight, where she comments on LGBTQ Pride, public health, and her landmark study Aging with Pride: National Health, Aging, and Sexuality/Gender Study.