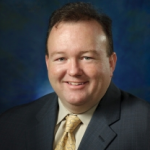 In a new study titled “Long-Run Changes in Underrepresentation After Affirmative Action Bans in Public Universities” published in Educational Evaluation and Policy Analysis (EEPA), CSDE Affiliate Mark Long and Nicole Bateman demonstrate the consequences of states’ affirmative action bans on racial compositions in universities. Through multiple analyses, Long and Bateman find that in states that have banned affirmative action, the share of underrepresented minorities among students admitted to and enrolling in public universities has lost ground relative to changing demographic trends among high school graduates. Their results imply that alternative policies were unable to fully replace race-based affirmative action.

As a means to conclude the study and state recommendations for policymakers, Long and Bateman emphasize that “public administrators need to maintain sustained attention to racial and ethnic inequality. They should be mindful of the policy research and interventions that show promise.”