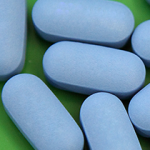 Modern medicine has added something new to the HIV-prevention toolkit: the pill PrEP. Regular use of this drug drops an individual’s risk of sexually contracting HIV to virtually zero. Steve Goodreau, CSDE Affiliate and Associate Professor of Anthropology at UW, has joined colleagues at Emory University in a five-year CDC contract aimed at dissecting the demography of potential PrEP users and predicting its eventual impact.

In addition to helping PrEP reach its intended audience, Goodreau and company are also examining a somewhat controversial question: the appropriateness of prescribing the drug for minors.  “Waiting until they are 18 is too late for a lot of kids,” Goodreau said. “The CDC thinks it’s worth considering.”

Read more about Goodreau’s studies below!