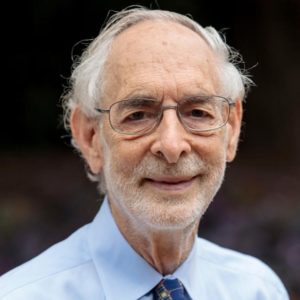 Full Abstract: We find substantial and statistically significant detrimental effects of fathers’ multiple-partner fertility (MPF) on children’s educational outcomes. We focus on children in fathers’ “second families” when the second families are nuclear families – households consisting of a man, a woman, their joint children, and no other children.  We analyze outcomes for almost 75,000 Norwegian children, all of whom, until they were at least age 18, lived in nuclear families. Controlling for a rich set of socio-economic variables, we find that children who spent their entire childhoods in nuclear families but whose fathers had children from a previous relationship living elsewhere were 4 percentage points more likely to drop out of secondary school and 5 percentage points less likely to obtain a bachelor’s degree than children in nuclear families without fathers’ MPF. Resource competition due to economic and caregiving responsibilities for children living elsewhere does not explain the differences in educational outcomes. We do find that children in nuclear families whose fathers had previous childless marriages have educational outcomes that are similar to those of fathers with MPF. Our analysis suggests that the effects of fathers’ MPF are primarily due to selection.

Robert Pollak is a labor economist who has made fundamental contributions in the estimation of demand systems, welfare analysis, cost of living theory and implementation, and family economics. His work is characterized by the thoughtful application of economic theory to empirical problems, the careful investigation of the realism of the assumptions underpinning theoretical models, and the willingness to bring the insights of psychology and sociology into the understanding of family dynamics.

Robert Pollak is also the Hernreich Distinguished Professor of Economics at Washington University in St. Louis. He is a Fellow of the American Academy of Arts and Sciences, the American Association for the Advancement of Science, the Econometric Society, and the Institute for Labor Research, and he is a Research Associate of the National Bureau of Economic Research. He has served on various National Academy of Sciences committees, including the Panel on Cost-of-Living Indexes, and also has served as co-Chair for the MacArthur Foundation Network on the Family and the Economy.