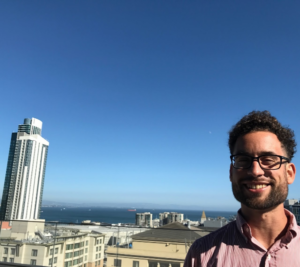 Campaign finance research has given greater attention to race and gender, but, due to data limitations, only separately. Using new data on the ethnoracial and gender backgrounds of contributors, we provide the first estimates of the ethnorace-gender distribution of campaign contributions. We find that women of color are more underrepresented in campaign finance than predicted by existing analyses of race or gender alone. We also use within-district variation to compare how candidate race, gender, and their interaction affect the race and gender distributions of campaign contributions. We find that the effect of shared ethnorace is many times larger than that of shared gender or their interaction. Gender effects are heterogeneous by ethnorace and party; shared gender is most predictive for contributions from white and black Democratic women. The findings suggest a need for greater attention to intersectionality in research on political participation.

Jacob M. Grumbach is an Assistant Professor of Political Science at the University of Washington and a Faculty Associate with the Harry Bridges Center for Labor Studies. Grumbach’s research focuses broadly on the political economy of the United States, with an emphasis on public policy, racial and economic inequality, American federalism, and statistical methods. His research has appeared or is forthcoming in the American Political Science Review, American Journal of Political Science, American Journal of Public Health, Business & Politics, Election Law Journal, Journal of Politics, Legislative Studies Quarterly, Perspectives on Politics, and Political Research Quarterly. Previously, Grumbach was a Postdoctoral Fellow at the Center for the Study of Democratic Politics at Princeton University. He received his PhD from UC Berkeley in 2018.