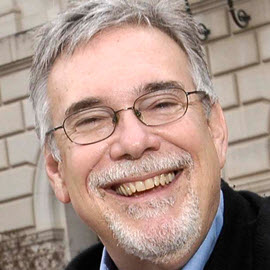 Mark Hayward, demographer and sociologist specializing in population health, has been invited by CSDE Fellow and Sociology Doctoral student, Michael Esposito, to visit CSDE as part of the Fellow Lecture series. Under this program, currently and recently funded fellows host a senior population scientist whose research is most important to their own work.  The work of this week’s fellow, Michael Esposito, Graduate Student in Sociology, focuses on identifying if/how the ways in which social conditions (e.g., education; incarceration; marital status) operate as health inputs are contingent upon one’s social location (e.g., race, gender, age, and their intersections).  You can read more about his studies here.

Mark Hayward and his team combine data from the Health and Retirement Study and U.S. Vital Statistics, using the Sullivan method, to decompose the change in total life expectancy (TLE) to healthy life expectancy (HLE) and disabled life expectancy (DLE) between 2000 and 2010, specific to gender and education groups. They measured disabled life expectancy using both severe (ADL) and less severe (IADL) disability prevalence. Consistent with previous research, they find a modest downward/stable TLE change in the US is concentrated at the bottom end of the education distribution for whites and at ages prior to age 65. Although there was little change in TLE, substantial gains in DLE and losses in HLE were observed, due to the increased rates of disability (especially ADL disability) before age 70. Among the college educated, TLE increased substantially during the decade, especially among males. HLE also increased over the decade, with much of the increase from declining mortality after age 70. Much of the improvement in HLE from mortality was offset by a rise in IADL disability.

The demographic factors influencing HLE shifted from younger ages to advanced ages with higher levels of educational attainment. The findings show that focusing exclusively on the declines in life expectancy, and external causes of death, obfuscates a more dynamic decline in health among whites with low levels of education and significant improvements in health among highly educated persons.

Michael is a PhD student in the University of Washington’s Department of Sociology. He is generally interested in the ways in which individuals leverage social and economic resources to protect their health. His primary research agenda focuses on elucidating racial variation in the mechanisms that link educational attainment to better health. He has recently found himself becoming more involved in projects on the adverse health effects of contact with the criminal justice system as well. In addressing these topics, he often relies on machine/statistical learning methodologies–on which he has received extensive instruction–and causal inference techniques. Utilizing these tools–separately, and sometimes in conjunction–usually allows for him to effectively leverage observational data to speak towards the research questions he is interested in addressing.