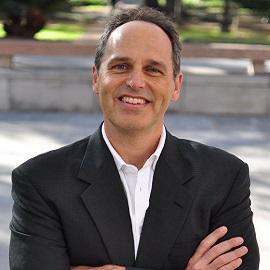 What Lies Ahead: The Long-Term Impacts of Rising Disaster Costs on Social Inequality

In the years ahead, U.S. society faces two major challenges already underway: rising social inequality and rising natural disaster costs. This talk will discuss newly published findings on how the latter drives the former over individual lifetimes and the extent to which federal disaster assistance is exacerbating rather than reducing this social problem. Longitudinal data come from approximately 3,400 randomly selected Americans drawn from the Panel Survey of Income Dynamics who experienced varying degrees of local disaster damage in their counties of residence during 1999-2013. Implications call for wider recognition of how disaster recovery should not just respond to pre-existing social inequalities but also minimize the growth of these inequalities in the years that follow.

James Elliott received his Ph.D. in Sociology (with a minor in Geography) from the University of Wisconsin-Madison in 1997, after which he worked as a postdoctoral fellow at the University of North Carolina at Chapel Hill. Before coming to Rice he received tenure at the University of Oregon and Tulane University, where he earned university-wide teaching awards for undergraduate, graduate and service-learning education.

His early research focused primarily on urban development and social inequality with emphasis on racial, ethnic and gender stratification. It examined how internal migration shapes and reshapes the urban system; how globalization contributes to structural underemployment; how neighborhood segregation shapes job networks and opportunities; how ethnic divisions of labor form and persist over time; and, how race and gender intersect to open and close access to workplace power in diverse urban labor markets.

More recent research incorporates growing emphasis on urban-environmental change in three related areas. One focuses on social inequalities revealed and exacerbated by natural hazards and local recoveries; another focuses on the historical accumulation and systemic spread of hazardous wastes in urban areas; and, the third focuses on links between urbanization and carbon emissions at and from the local level. These lines of research conceptualize urbanization as an ongoing interaction of social and environmental processes that feedback over time and space to shape prospects of a sustainable future.

Prof. Elliott has received funding from multiple federal agencies; served as an advisor to the National Science Foundation’s program in Sociology; and recently co-edited the journal Sociological Perspectives.