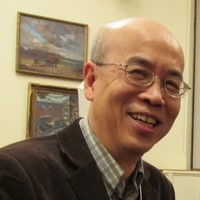 Children—including those of migrants—are China’s future. Children of migrants, a highly disadvantaged group in the country, now make up close to 40% of all children. This presentation draws from the author’s recent paper published in Eurasian Geography and Economics, supplemented by his latest field visits in October and November.  The paper analyzes the population trends of the children population of migrants from 2000 to 2016 based mainly on census and mini-census data with a focus on family structure, geography and the problems faced by the children of migrants. The paper also develops a method to estimate the “left-behind children” (LBC) population generated by migrants in each provincial destination between 2010 and 2015, linking up different but related populations (adult migrants, migrant children, and LBC) in the origins and destinations. This broader “origin-destination” framework allows policy-makers to pinpoint a major driver of the LBC population and hence to identify provinces needing the most attention in the efforts to alleviate the problem of LBC.

Kam Wing Chan’s research is broadly oriented, and he has recently focused on the epic urbanization taking place in China in the last three decades.  He has published extensively in social science and demographic journals and annals in English, including articles in International Journal of Urban and Regional Studies, and Population and Development Review, as well as in leading China journals, such as The China Quarterly, Eurasian Geography and Economics, and The China Review. He has also publications in Chinese in major scholarly outlets in China, enabling him to engage with the relevant discourses in the country. His work tackles both the technical side (such as statistical and methodological issues) and theoretical side (e.g. development and demography) of China’s urbanization. Outside of the academy, he has served in recent years as a consultant for the United Nations Population Division, World Bank, and McKinsey & Co. on a number of policy projects on China. He has also been active in in public scholarship: his commentaries and interviews have appeared recently in major international and national media outlets, including The Wall Street Journal, The New York Times, The Guardian, BBC, China Radio International, CBC Radio, China-US Focus, The China Daily, and the Caixin Media. He has also given talks to local clubs and NGOs, Wall Street firms, and national organizations in the USA.