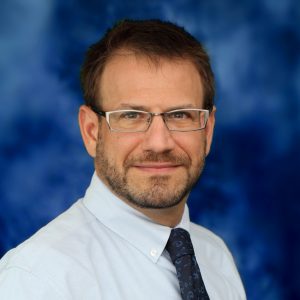 Marking the 100th anniversary of the 1918 "Spanish" flu pandemic: Selective mortality and the impact on other diseases

The 1918 “Spanish” influenza pandemic was the deadliest disease outbreak since when the Black Death roiled Eurasia in the mid-fourteenth century. Worldwide mortality estimates are 50–100 million. It remains by far the deadliest outbreak of influenza, ever. One of the persistent myths of the 1918 flu is that, because it was so severe, that it killed neutrally: rich and poor alike, and so on. This talk will focus on the experience in the United States, and on the medium-term impact of the pandemic. In 1919, there is a pivot downward in the death rate of tuberculosis (TB), which was the major infectious disease of adults in the United States in the nineteenth and early twentieth centuries. This sudden down-trend of TB is a consequence of mortality among the tuberculous in 1918. The influenza pandemic thus influenced the epidemiology of other diseases. Given the major social class differences associated with TB at the time, the 1918 flu should not be regarded as a “socially neutral” disease.

Andrew Noymer is an associate professor in the Department of Population Health & Disease Prevention, at the University of California, Irvine. His work focuses on the demography of infectious diseases, and the length of life. Noymer’s work looks at infectious diseases as a product of social and biological interaction, focusing on disease at the population level, but grounded in the underlying biology. Among other topics, he has published on life expectancy, and on the epidemiology of infectious diseases, most recently, measles, polio, and influenza. Other recent work has focused on new dataviz and analytic techniques for demography, particularly using convex hulls. Prof Noymer received his PhD in sociology from UC Berkeley, his MSc in medical demography from the London School of Hygiene & Tropical Medicine, and his AB in biology from Harvard.