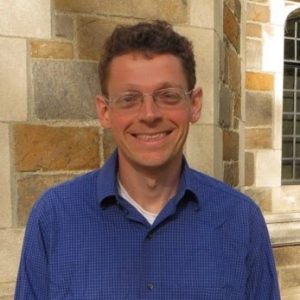 While most social programs are based on some form of exclusion of sub-populations, we know little about how being excluded, and the selection process, affect social inclusion. This paper compares peer effects of an after-school program, under three different (randomly assigned) network-formation regimes: endogenously formed, popularity vote, and randomly assigned. We find substantial evidence of homophily within endogenously-formed and elected networks. When participation was randomly assigned, we find segregation of friendships due to the program. We do not find this among elected networks, mainly because they were already highly partitioned. Lastly, we find that social exclusion not being elected in a school with popular voting reduced education aspirations and self-condence.

Alan Griffith’s primary research revolves around the causes and effects of social networks in economic development. He studies how networks form and change over time, as well as how such networks influence—and are influenced by—economic and other social outcomes. His research aims to take insights from economic theory and statistics of networks to bear on real-world applications, as well as positing new methods to draw inferences from observed interactions. His additional research areas deal with related issues, mostly arising out of issues in economic development. It broadly spans economic theory, econometrics, development, and labor subfields in economics while taking methodological cues from structural estimation in industrial organization.