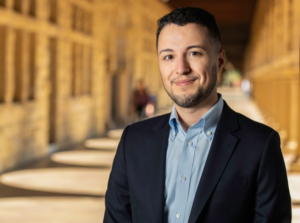 Research on surveillance and system avoidance predicts that individuals worried about state punishment are likely to avoid institutions that keep formal records. Although surveillance exists inside defined institutional spaces, it is also a feature of place given that the policies and practices governing surveillance are unevenly distributed across the United States. This article examines whether and how this siting of surveillance—place-based variation in the monitoring and sanctioning of subordinated populations—is associated with these individuals’ rates of institutional involvement across place. Our empirical case is immigration enforcement, which targets Latinos through its racialized policing and exhibits subnational variation in its implementation. We hypothesize that surveillance is positively associated with the incidence of institutional involvement among Latinos across counties but negatively associated with its degree. Analyses of data from the American Time Use Survey (2008-2019) support these predictions. Subgroup analyses reveal important variations in these patterns across counties by nativity and citizenship. We propose and test three dimensions of immigration enforcement—its predictability, its punitiveness, and its partial implementation—that may account for these dynamics. The results suggest that the siting of surveillance is a key mechanism underlying institutional involvement among populations worried about state punishment. More broadly, they urge greater consideration of how features of place matter for the character of surveillance and social control that subordinated populations encounter in daily life.

Asad L. Asad is Assistant Professor of Sociology at Stanford University and a faculty affiliate at the Center for Comparative Studies in Race and Ethnicity. His scholarly interests encompass social stratification; race, ethnicity, and immigration; surveillance and social control; and health. Asad’s current research agenda considers how institutions—particularly U.S. immigration law and policy—reproduce multiple forms of inequality. More information about Asad and his work can be found at asadasad.org.