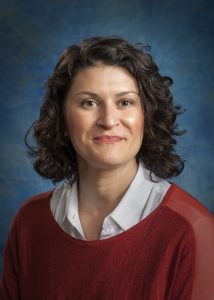 Minimum wage laws emerged from the Progressive Era as a policy approach to protecting workers and families from destitution and hardship. Modern minimum wage proponents echo these arguments, but opponents counter with evidence of the policy’s modest to null poverty-reducing effects. We describe two specific reasons why the anti-poverty effects of the minimum wage may be dampened: First, evidence suggests that reductions in employment or hours associated with the minimum wage may hamper the policy’s poverty-reducing effects. Second, the authors’ simulations show that it is the combination of increased wages and public assistance that raise family income above the poverty line, but benefit cliffs and high marginal tax rates hinder that mobility. Addressing these issues could substantially increase the anti-poverty effects of local, state, and federal minimum wage laws. We propose an increase in the Federal minimum wage paired with changes to the benefit schedules of income support programs, and an expansion of tax credits to employers who hire disadvantaged workers, as a promising approach to making work pay and reducing poverty.

Heather Hill is an Associate Professor at the Daniel J. Evans School of Public Policy and Governance at the University of Washington and a faculty affiliate of CSDE. She has a PhD in Human Development and Social Policy from Northwestern University (2007) and a Master’s degree in Public Policy from the University of Michigan (1999). Hill’s research examines how public and workplace policies influence family economic circumstances and child well-being in low-income families. Currently, Hill is a co-investigator on the Minimum Wage Study at the University of Washington, and the lead investigator for a longitudinal qualitative study of low-income families in Seattle during the implementation of the city minimum wage ordinance.